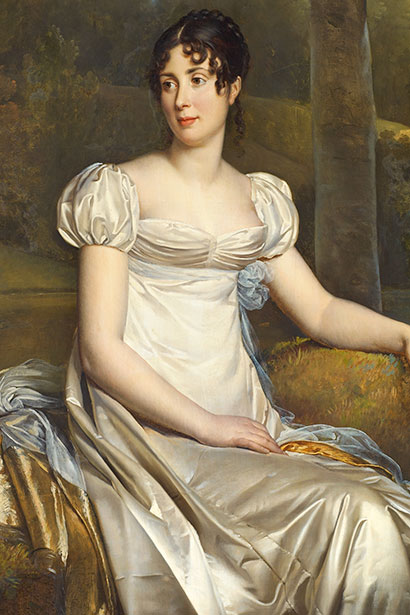 Désirée was born on 8 November 1777 in Marseilles, the youngest of nine children. Following the French revolution, she got to know Jean-Baptiste Bernadotte – who later became King Karl XIV Johan.

They were married in 1798, and their son Oskar was born the following year. She and Oskar arrived in Sweden in 1810, and in 1811 she was presented at the Royal Court.

Desideria was a good friend of Napoleon Bonaparte, and longed to return to Paris throughout her time in Sweden. She only stayed in Sweden temporarily, and in summer 1811 she returned to France.

When her husband ascended to the throne in 1818, she became Queen of Sweden and Norway, but remained in Paris. It was not until her son's wedding in 1823 that she returned to Sweden.

In Norway, Desideria was known as a patron for poor girls in Kristiania, now the city of Oslo. She supported Maria Schandorff's Eugenia Foundation, which was founded in 1828 and for which she provided regular financial support.