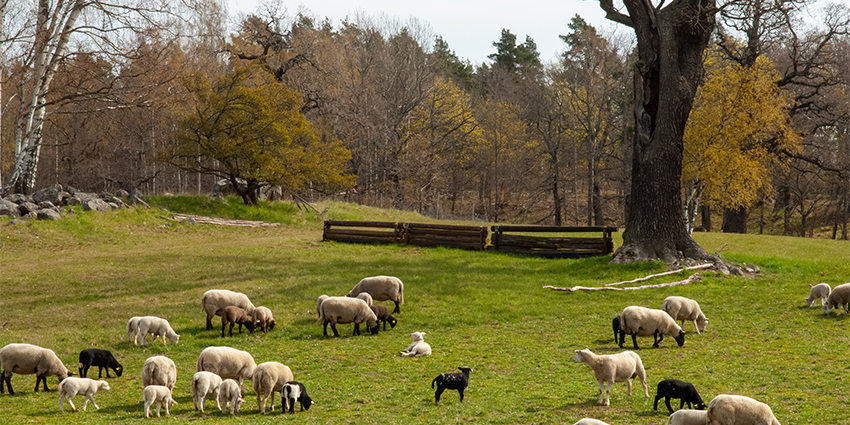 From early May, "The King's sheep" graze on Royal Djurgården – a tradition dating back more than a century. Grazing animals are hired in each year to keep the cultural landscape open and to maintain biodiversity.

"The King's sheep" are a well-known feature that date back many years and have become part of modern land management, although the sheep are not actually owned by The King. They are known as "The King's sheep" because they graze on and protect the landscape on royal ground in the Royal National City Park. The sheep graze on Northern Djurgården.

The grazing animals – both sheep and cattle – play an important part in the development of Royal Djurgården's cultural landscape. Grazing is mainly carried out by shepherds with sheepdogs, and the work of the shepherds also involves meeting the public and answering their questions. The sheep do not graze around the clock, and have a night pasture where they also rest during the day.

Cattle grazing mainly takes place on Northern Djurgården, as well as at Lake Isbladskärret on Southern Djurgården. The cattle can graze on wetlands where sheep cannot graze, so the different animals have complementary grazing habits.

The length of the grazing season depends on the weather, but it is normally time for the sheep to return home in September while the cattle head to Fisksjöäng a little later for the winter.

Some years, the grazing year ends with a sheepdog competition on "Sheep Day".

The "King's sheep" name is trademark protected and is owned by the Royal Djurgården Administration, but can of course be used by those who providing grazing services on Djurgården. 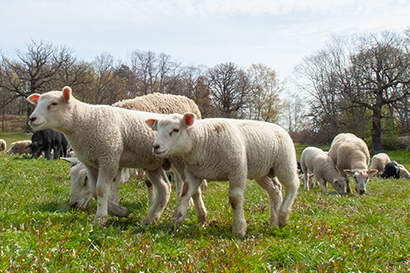 "The King's sheep" maintain Royal Djurgården's open landscape and graze from May to September, overseen by shepherds and sheepdogs. Photo: Henrik Nyström/Royalpalaces.se 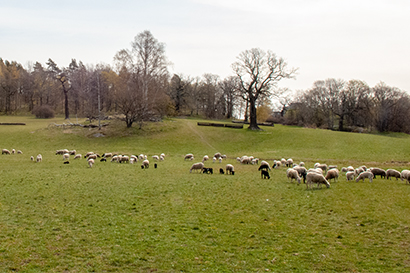 The animals graze on Northern Djurgården and are hired in each year. In 2021, they came from Lekeberga Farm in Närke. Photo: Henrik Nyström/Royalpalaces.se