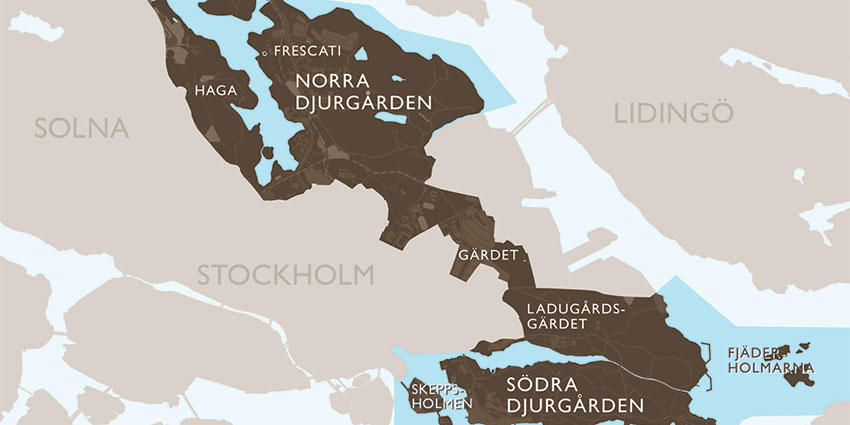 The world's first national city park dates back to before the time of Christopher Columbus. Here, nature, culture and entertainment all co-exist side-by-side, making the park a unique destination and Scandinavia's biggest tourist attraction.

On 19 May 1995, King Carl XVI Gustaf opened the world's first national city park. This year marks its 25th anniversary. The King marked the official opening of the park by releasing three doves from Ulriksdal Palace. The doves were called Värna, Vårda and Visa (Protect, Preserve and Display), named after the park's three keywords. The official opening was the culmination of extensive preparations, resulting from a suggestion raised by WWF and several other voluntary organisations to enhance the protection of the historic royal parks at Djurgården, Haga and Ulriksdal and their immediate surroundings. The idea quickly gained the support of The King and the Office of the Governor, which is responsible for maintaining the royal palaces and parks.

As far back as the turn of the twentieth century, the Swedish Riksdag called for increased protection of Djurgården. However, the official response was that the protection provided by the royal right of disposal should be sufficient. Nevertheless, the construction boom of the 1980s included many plans that would affect the area. This led to renewed calls for enhanced protection, and in autumn 1994 the Riksdag decided to establish the city park – the first of its kind in the world. In 2009, it was officially named the Royal National City Park.

The park is home to four royal palaces, museums, restaurants, cafés and amusement parks, as well as 100 species of breeding birds, 800 varieties of flowering plants and 1200 species of beetle.

The historic royal parks form the core of the park, which also includes the islands of Skeppsholmen, Kastellholmen, Beckholmen and Fjäderholmarna, as well as residential areas such as Gärdet and Bergshamra. In total, the park covers an area of 27 km² – almost eight times the size of New York's Central Park. The distance between Sörentorp in the northwest and Blockhusudden in the southeast is about ten kilometres, and the National City Park forms the tip of Järva – one of the region's ten green wedges.

The very fact that this expansive area – in the heart of a growing city of a million inhabitants – has endured to the present day is quite remarkable. One key factor in its survival is the ancient royal right of disposal. King Karl Knutsson acquired Southern Djurgården through an exchange of land back in 1452, 40 years before Christopher Columbus set sail for America. Having long been used as a royal hunting ground, Djurgården was gradually opened up – particularly during the time of King Karl XIV Johan and the Bernadottes.

Prince Eugen's oak at Waldemarsudde is the largest oak tree in the park, and has been estimated at 500-800 years old. It may even be old enough for Birger Jarl to have patted its trunk.

The park is home to four royal palaces, museums, restaurants, cafés and amusement parks, as well as 100 species of breeding birds, 800 varieties of flowering plants and 1200 species of beetle. It includes wild land just a kilometre from central Stockholm, as well as world-class formal gardens where centuries-old oak trees stand proud. One of these oaks has almost grown into King Karl XI's fishing cottage, the oldest building on Djurgården. Another – Prince Eugen's oak at Waldemarsudde – is the largest oak tree in the park, and has been estimated at 500-800 years old. It may even be old enough for the 13th century statesman Birger Jarl to have patted its trunk.

The park is open 24 hours a day, all year round. The best way to mark its 25th anniversary is to visit it.

Top image: Part of the National City Park. A national city park is a unique historic landscape with significance for the nation's cultural heritage, the city's ecology and human recreation. In contrast to national parks and many nature reserves, it must be located in an urban environment. Map: The County Administrative Board 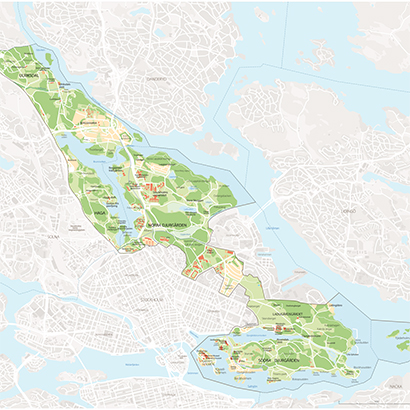 The Royal National City Park. Click on the image to see a larger version. Map: Stockholm County Administrative Board 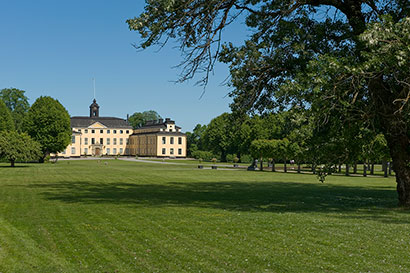 Ulriksdal Palace and the palace park. By the mid-19th century, most of the area that now makes up the Royal National City Park had been converted from agricultural land into a carefully planned landscape. Photo: Håkan Lind 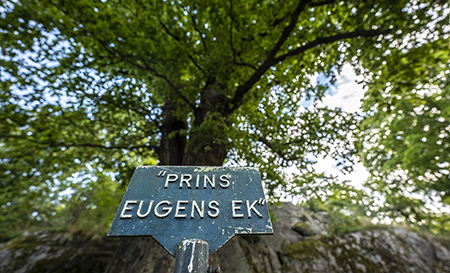 The National City Park boasts one of Svealand's largest stocks of ancient oaks. Prince Eugen's oak at Waldemarsudde is the largest in the park, estimated at 500-800 years old. Photo: Jonas Borg/Royalpalaces.se 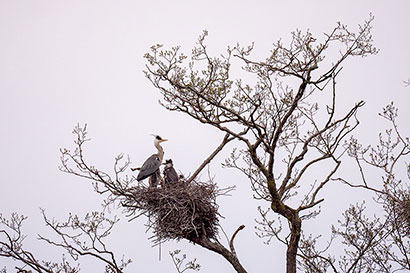 Grey herons breed at Lake Isbladskärret on Southern Djurgården. Most of the colonies in Mälardalen originate from Skansen's herons, which were released in the 1930s. Photo: Jonas Borg/Royalpalaces.se 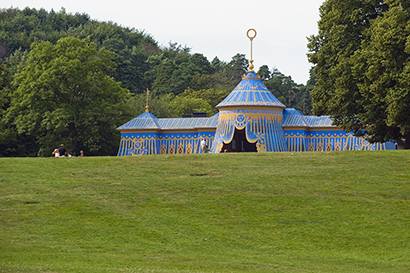 The Copper Tents in Haga Park were designed in 1787 by King Gustav III's architect and artist, the French-born Louis Jean Desprez, and were completed three years later. Photo: Håkan Lind/royalpalaces.se 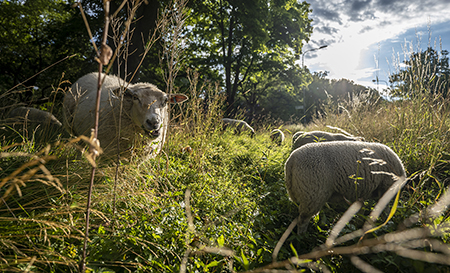 Two herds of sheep graze on Northern and Southern Djurgården during the summer. As well as creating a pleasant environment, they also help to maintain the landscape. Photo: Jonas Borg/Royalpalaces.se 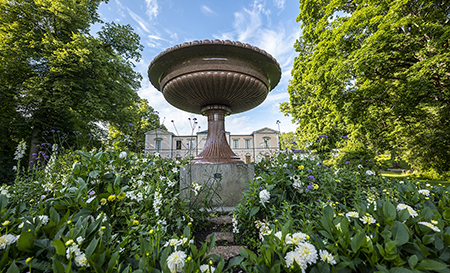 The porphyry urn in Rosendal Palace Park, on the waterfront side of the palace. Three generations of Bernadottes have enhanced and improved the parks and gardens surrounding Rosendal Palace, including current generation. Photo: Jonas Borg/Royalpalaces.se

Discover south of Djurgården and Haga Park with an app and audioguide – an interesting and accessible guides to the parks.

Situated in Stockholm City and part of the Royal National City Park, Haga Park is one of Sweden's most-visited recreation area.

The Royal National City Park stretches as far as Ulriksdal, which is home to a royal palace with an extensive palace park.

The final resting place for several members of the Bernadotte dynasty, including Gustav VI Adolf and Queen Louise, is located on a point ...

The world's first national city park dates back to before the time of Christopher Columbus. Here, nature, culture and entertainment all c...

In summer 2020, another sculpture exhibition was arranged on Royal Djurgården, thanks to the new royal foundation: Princess Estelle's Cul...

Royal Djurgården is Sweden's most popular recreation area. This makes it a particularly suitable location for national memorials, and man...