The World Heritage Site of Drottningholm

Drottningholm is an unusually well-preserved royal palace setting. It is so unique and popular that in 1991 it was named Sweden's first World Heritage Site.

Drottningholm Palace, on the island of Lovön near Stockholm, has been a royal residence since the 1660s. The palace and its surroundings are exceptionally well-preserved, with parks featuring stylistic ideals from different eras and buildings with their original interiors that showcase Swedish and European architectural history.

Over the centuries, the palace and its grounds have been a place for peaceful recreation and entertaining, and for important meetings – including internationally. From the 17th century, when the present palace was built by architects, craftsmen and artists from across Europe, to today's tourism, with hundreds of thousands of visitors coming to Drottningholm from near and far. With its 18th century theatre (the only one of its kind in the world), its extensive nature-rich parks and a palace that still serves as a royal residence, the area's royal heritage is kept very much alive to this day.

In 1991, the Royal Domain of Drottningholm was named Sweden's first World Heritage Site. The area is thereby included on the UN body UNESCO's list of particularly valuable landmarks that are deemed to be of irreplaceable significance for humanity.

UNESCO's reason for including Drottningholm in the list is that:

"The ensemble of Drottningholm – palace, theatre, Chinese Pavilion and gardens – is the best example of a royal residence built in the 18th century in Sweden and is representative of all European architecture of that period, heir to the influences exerted by the Chateau of Versailles on the construction of royal residences in western, central and northern Europe."

The World Heritage Site of Drottningholm is managed by three main bodies: the National Property Board of Sweden (SFV), the Drottningholm Theatre Museum Foundation and the Drottningholm Palace Administration. These bodies cooperate closely with authorities at local, regional and national levels.

What is a World Heritage Site?

A World Heritage Site is an area of such exceptionally high natural or historic value that it should be preserved as part of humanity's shared heritage. This could be a site, a place, an environment or an object that bears unique witness to the history of the earth and of mankind.

In order to protect such environments, the UN body UNESCO designates these as World Heritage Sites.

Today, more than 1,000 sites are inscribed on the list of World Heritage Sites, including 15 in Sweden.

The Convention Concerning the Protection of the World Cultural and Natural Heritage was adopted by UNESCO's General Assembly in Paris in 1972.

The 193 states that signed the convention have voluntarily undertaken to protect, conserve, present and transmit to future generations their national cultural and natural heritage.

The convention requires the signatories to use legislation, organisation, education and research to guarantee that their national natural and cultural heritage is protected and cared for.

Sweden ratified the convention in 1984.

All nations that have signed the convention can nominate natural and cultural environments within their own country for UNESCO's list of World Heritage Sites. These suggestions are reviewed by experts, after which the UNESCO World Heritage Committee makes a decision. Each year, between 20 and 30 sites are added to the list.

In Sweden, it is the Government that submits applications to UNESCO following proposals from the Swedish National Heritage Board for cultural objects and the Swedish Environmental Protection Agency for natural objects. 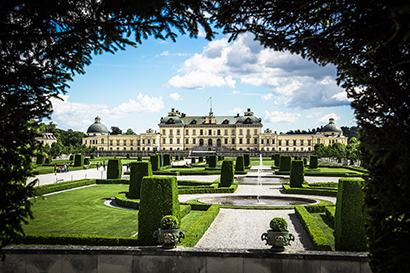 The Green Salon begins the main apartment's suite of state rooms, and offers a taste of the reception rooms that follow. Photo: Lisa Raihle Rehbäck/Royalpalaces.se 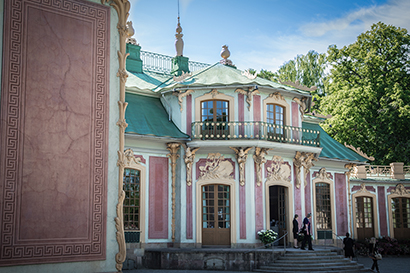 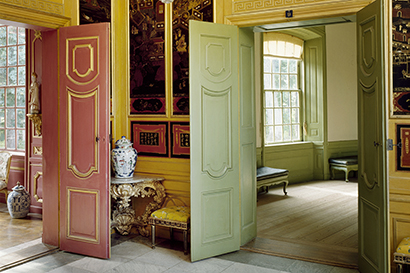 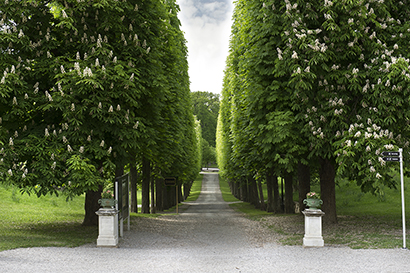 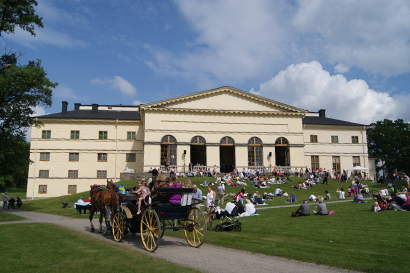 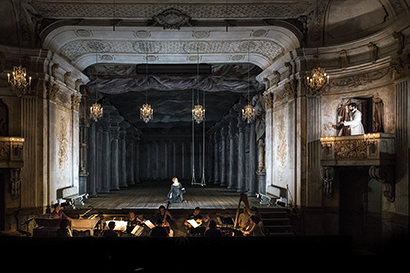 The World Heritage Site of Drottningholm is involved in cooperation with a number of international players. World Heritage Journeys is one example. This is a collaboration between the EU, UNESCO, National Geographic and 33 other European World Heritage Sites, and aims to promote Europe as a destination for tourists from around the world. It involves a focus on sustainable travel, under the slogan "Travel differently, travel deeper", and encourages tourists to travel sustainably, stay for longer and discover more sides to each location they visit.

All 34 World Heritage Sites and projects are presented at visitworldheritage.com/en/eu

The Ehrenstrahl Drawing Room is named after its many paintings by court painter David Klöcker Ehrenstrahl. Click on the image above to st...

Read more
The State Bedchamber in 360°

Hedvig Eleonora’s State Bedchamber is one of of Drottningholms Palace's highlights. Experience one of Sweden’s grandest Baroque rooms in ...